With a little help from our friends … Congratulations to all the mayors, councillors and others who have been elected or re-elected to office this month; and a special welcome to the sector from me, my fellow Commissioners and Commission staff to the newcomers among you. We know how much local decision making and local voice is valued by communities, and how exacting some of the challenges in the local government sector can be. We wish you all well in the important roles you will undertake during your time in office.

Over the last 18 months or so, as a Commission we have put great emphasis on getting alongside local government leaders and councils nationwide. We have made many friends through our Regional Conversations and community engagement programmes this year and look forward not only to cementing those relationships, but establishing new ones as we get out and about around the country. We expect that first-time mayors and councillors will add fresh energy and insights to the invaluable experience and vision of those who are returning.

While the Commission is statutorily entrusted with receiving and processing local government reorganisation applications, managing representation review appeals, and considering boundary changes, a significant part of our role is in promoting good local government. In practice this means listening to communities and councils, learning about their most pressing issues, helping to think through options where change is being discussed, and assisting in overcoming barriers where they exist. We will continue to prioritise this approach while processing existing reorganisation applications.

We have recently completed a rewarding visit to Rodney and Waiheke (see below). Commissioners and staff were keen to hear as many views as possible on local government in Auckland. We were encouraged by the constructive and informative nature of much of the feedback. It is gratifying to note that the Commission has emerged in local media reports, supported by direct public comment, with its reputation as an honest and fair broker of local government process enhanced.

The Rodney/Waiheke engagement was an opportunity for the Commission to introduce two new faces of our own: Commissioner Geoff Dangerfield; and Chief Executive Officer Dr Suzanne Doig. We are fortunate to have both. 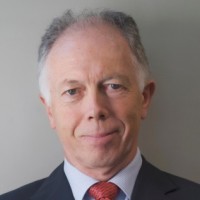 Geoff has worked in chief executive roles across the public sector for the last 15 years. As CEO of the NZ Transport Agency from its inception through to late 2015, he worked closely with local government on improving the land transport planning, investment and delivery system.

He was CEO of the Ministry of Economic Development from 2001 to 2008, and prior to that Deputy Secretary to the Treasury. His intimate knowledge of, and experience in, governance issues, his problem-solving abilities and his approachability will be a huge asset to the Commission. 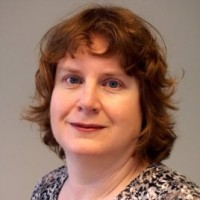 I’m also extremely pleased to welcome Suzanne, who brings a formidable knowledge of local and central government to the role, as well as a broad range of experience in associated senior executive positions.

Most recently, she was General Manager of Strategy and Policy at Canterbury Earthquake Recovery Authority and has held other demanding and high-profile positions across several ministries and government departments.

I’d like to put on record my thanks to departing Chief Executive Officer Sandra Preston who has left to take up an exciting new challenge. Sandra did much to refresh the Commission’s approach, and made great strides and many friends in the sector for the Commission during her two years here.

I look forward to working with Suzanne and Geoff, our other two Commissioners Janie Annear and Leigh Auton, and Commission staff, alongside the newly constituted councils and elected officers through the remainder of the year and into 2017.

In the coming months we will also be seeking to meet with and tap into the expertise and experience of a range of sector stakeholders with whom we share common interests and goals.

Inevitably there will be challenges ahead, but also great opportunities to work together towards the best local government we can provide for ratepayers and residents throughout the country.

The Commission is in the early stages of gathering views and information to assist it in assessing applications for unitary councils separate from Auckland Council from the Northern Action Group in North Rodney, and Our Waiheke on Waiheke Island respectively. This will assist it in coming to a view on the reasonably practicable options for local government in Auckland.

To this end it spent much of the last two weeks of September on the first stages of an engagement programme on local government arrangements for Auckland, in Rodney and on Waiheke Island. It visited Wellsford, Warkworth, Matakana, Snells Beach and Kumeu in Rodney; and Oneroa and Ostend on Waiheke.

During six days over the two weeks the Commission held five drop-in sessions, seven public meetings and a number of individual stakeholder contacts.

Commission staff conducted about 200 individual in-depth interviews with local residents and more than 300 people attended the public meetings. An online questionnaire seeking views on Auckland local government arrangements can be filled in online and is open until 11 November.

The Commission heard a wide range of views – many from opposite ends of the spectrum – and was impressed with the respect and thoughtfulness with which these were delivered. It is now beginning to compile and assess the feedback received so far.

In the near future plans to meet with a number of Auckland Council Governing Body Councillors, relevant Local Board members, Council Controlled Organisations, Iwi and stakeholders. The Commission is hoping to complete this round of engagement in early December.

WELLINGTON AND THE WAIRARAPA

In June and July the Commission conducted a community engagement programme with the Wairarapa on local government options for the district. This followed a number of public meetings earlier in the year in which community views on change were tested. After the July consultation process the Commission published a summary of community feedback (PDF, 613KB). 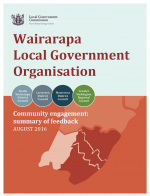 This showed that of those who responded to a Commission survey, online and by mail, about 75 percent preferred a combined Wairarapa Council in some form. In a parallel independent telephone survey, more than half of those polled preferred a combined council. A majority in both groups of respondents believed their three district councils would be more effective if joined into a single district council; they also wanted to remain part of the Wellington region.

Once the just-elected councils have had time to settle in the Commission will re-engage with them on the detail of this option, and work with them on further consideration of a formal relationship between a prospective Wairarapa District Council and the Greater Wellington Regional Council.

For the wider Wellington area technical reports on transport, water, economic development and spatial planning for the region have been completed and can be read at www.lgc.govt.nz. Progress on each is summarised below:

Transport: the Commission has worked with councils to develop possible options for change to address alignment and capacity issues in the current system. These options are now subject to an Indicative Business Case analysis, scheduled for completion this month. With councils, the Commission will then look to set out the process and timeframe for the next steps.

Water: the Wellington Water model has made good gains for ratepayers. It could provide even better value if councils collaborate further and support Wellington Water to deliver 3-5 year work programmes, rather than annual ones. However, Wellington Water should be given more time to develop and mature before major changes are considered. The Commission will be monitoring the councils’ response to the water report and remains open to considering changes to water services in any draft proposal in 2017.

Spatial planning: Wellington councils have differing views on the priority of spatial planning for the region but the majority agreed to an analysis of the region’s 23 growth-related plans to gauge gaps, overlaps and inefficiencies. A focused gap analysis will provide the Commission with further evidence before it decides on whether spatial planning should be a feature of local government arrangements in the region in future.

Economic development: more time is required for the Wellington Regional Economic Development Agency to bed in – councils should consider a review by late 2017 if issues remain.

Last year the Local Government Commission received an application asking it to look at the local government arrangements on the West Coast. In August, the Commission formally agreed there was demonstrable community support in the three affected areas making up the West Coast (Buller, Grey and Westland) for local government reorganisation and that the next step in the process was to call for alternative applications.

It agreed to invite alternative applications in February 2017 when new councils have had time to bed in. The Commission then released a summary of feedback (PDF, 1.01MB) from its community engagement programme on the West Coast and an update on next steps with the reorganisation application. By law, any consideration of future options must include the status quo.

In parallel with the reorganisation application, the Commission is also working with the West Coast Mayoral and Chair Forum on two regional efficiency initiatives: shared Resource Management Act planning processes and regional transport arrangements. Both areas of investigation had been identified by the West Coast Councils as areas where efficiencies could be made. Consultants, funded by the Commission, are currently preparing reports.

The purpose of the reports is to come up with a shared understanding of the challenges and opportunities in relation to shared RMA processes and regional transport arrangements on the West Coast and a list of potential options for change. The next step is for the West Coast Mayoral and Chair Forum and the Commission to make decision on what – if any – options in these two areas to investigate further. Consideration will then need to be given to whether options identified as part of the regional efficiency work should be included as reorganisation options.

The Commission has been working with the Northland councils on their shared services work programme. The councils agreed for the Commission to deliver two reports on the state of water assets and ICT Architecture in the region. The two reports on the 4 Waters and ICT Architecture were presented to the Northland Chief Executives Forum on Friday, 30 September. The chief executives are considering the reports and their next steps.