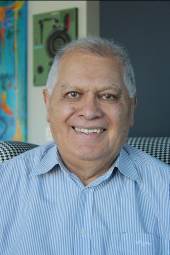 Tēnā koutou, These are exciting and busy times for the Local Government Commission.  We’ve embarked on not just one but two large public engagements – for the West Coast and the Wairarapa.   We’re taking a far more energetic approach using a variety of channels to reach out to the residents and ratepayers.  There’s some very well put together material to stimulate discussion combined with drop-in sessions and community meetings and online questionnaires.

We’ve been particularly heartened by the fact that without exception all the councils have worked with us to help get these consultation exercises underway. In the Wairarapa, for instance, everyone agreed that there should be a single independent report that would provide an assessment of six options for consultation.

Within a week of these initiatives starting questionnaires were already flowing in, which indicates the public’s enthusiasm to get informed and provide feedback.

The West Coast and Wairarapa engagements follow our regional conversations programme. These are the joint discussions with local government leaders around the country which have underscored the Commission’s new way of working. As many of you will be aware the Commission has over the last year been taking a more flexible approach to its work in the local government sector, one that prioritises collaboration and facilitation.

The idea is to get around the table with Mayors, Regional Council Chairs and councils to hear from them about how they see local government in their area, and the issues they face, share with them the experiences of others, and to work with them in exploring opportunities for local government.

I’m delighted to say that the visits undertaken so far have been rewarding and productive. So far the Commission has had conversations with Marlborough, Southland, Nelson/Tasman, Canterbury, Bay of Plenty, Waikato, Taranaki, Gisborne and the Chatham Islands.  Manawatu/Wanganui is coming up shortly. We have also continued to work in those regions in which we have had reorganisation applications: Northland, North Rodney, the West Coast and Wellington/Wairarapa.

We’ve met nearly every mayor in the country!

We have been encouraged to hear of the collaborative work already under way and have enjoyed playing our part in stimulating further conversations. Promoting good local government practice means listening to councils and communities, but it is also about helping think through options where change is being discussed, and assisting in overcoming barriers where they exist.

We look forward to continuing these conversations and are always open to hearing from communities and local government leaders about issues they might want to discuss.

The Commission is taking a new approach by using a variety of ways to reach as many people as possible to get their views about local government in their area. We’ve embarked on an intensive five-week consultation on the Coast to gain a better understanding of what the community thinks before we make a decision on any next steps.

Members and staff of the Commission are on the West Coast talking with communities about their local government arrangements through a series of drop-in sessions and community meetings from Karamea to Haast.

Information on this consultation process has been circulated throughout the region by poster, online, pamphlets, newspaper and radio advertisements and social media such as council Facebook sites. There is also a short questionnaire, which can either be filled in online (www.lgc.govt.nz) or in hard copy (attached as a tear off section to the pamphlet). The LGC team ready for action in Karamea. Commissioner, Janie Annear is on the far right. Others from R to L are staff members – Donald Riezebos, Carolyn Read and Gavin Beattie.

We want to hear what people like about the current way their councils are set up and the way services are delivered. We also want to know if  communities think  local government arrangements on the Coast can be made more efficient, effective and user-friendly while still keeping the ‘local’ in local democracy.

Questionnaires can be returned by 8 July to the Commission.

The questions we are asking are:

1. What are the big challenges and opportunities for the West Coast?

2. What do you like about the current way your councils are set up and the way services are delivered?

3. Is there anything about the current way your councils are set up and the way services are delivered, that you would like to change?

4. Are there any council services you think would be better delivered over a wider area as shared services by existing councils?

5. Should some councils be combined?

The West Coast Councils and the Local Government Commission are also collaborating on a project to look at the potential for the region to provide some of its council services more efficiently and cost-effectively. The two initiatives being looked into are: joint Resource Management Act planning processes and regional roading arrangements.

The initiatives were selected for investigation because the West Coast Councils identified them as areas of common interest and because there is the potential for gains to ratepayers.

The purpose of the reports is to identify the current challenges and opportunities for delivering cost-effective and efficient roading arrangements and Resource Management processes in the region as well as a long list of possible options for change. The Commission and the West Coast Councils would then look at a range of options to investigate in greater detail, including the associated costs and benefits.

The Councils and the Commission have signed a Relationship Agreement to formalise the collaborative approach and have worked together to tender for contractors to prepare independent reports. The reports are being funded by the Local Government Commission. It is part of the Commission’s brief to promote good-quality local government; so collaborating with the West Coast Councils on two of their Councils’ regional efficiency initiatives is  a tangible way the Commission can add value.

The Commission is looking forward to working with the West Coast Councils over the coming months.

WELLINGTON  AND THE WAIRARAPA

There has been a reset in the relationship between the Commission and Wellington region councils, with a number of constructive meetings at Chief Executive and Chair, Mayoral, and Councillor level. The Commission has met with Councillors – as the key link to local communities – at all the region’s councils. The Commission and the Mayoral Forum have been collaborating to improve how councils can work together on important local government services.  Five work-streams have emerged:  Transport, spatial planning, economic development, water and council organisation in the Wairarapa.

Of these, the most advanced is that of council organisation in the Wairarapa. As part of previous consultation work many people told the Commission that local government could be better in the Wairarapa.

The Commission has been working with the community and councillors on how local government could be organised in the Wairarapa to meet these objectives.  Detailed work has been done on the options and now the public have been invited to learn more and provide their feedback.   More information is available on www.lgc.govt.nz

One key difference in approach by all parties for this round of consultation was that the Commission and the four councils agreed on a single independent report to inform the public about the options, one that everyone could be confident would be a neutral assessment of each option.

Between 7 June and 8 July, the Commission is in the Wairarapa for extensive engagement and public consultation.

Six options are being presented along with ten year costings (rather than just a year used in similar engagements in the past). Up close with the options: Shop window space has been rented in Masterton to display the options

Residents and others with an interest in the Wairarapa have been invited to take part in discussions by attending a series of drop-in sessions and community workshops and by filling in a questionnaire available online or from the local libraries.   As with the West Coast, questionnaire responses are already flowing in.

In April, the Local Government Commission made a decision that all of the Auckland Council area is the affected area for the Northern Action Group application, rather than just North Rodney.  An explanation and summary of the Commission’s reasons can be found at www.lgc.govt.nz.

The Commission has made this decision on the basis that North Rodney and Waiheke are part of the Auckland Council area.  It makes sense to consider all proposals about the governance of Auckland together.

The applications for Waiheke and North Rodney will now be treated as two options for how local government in the Auckland Council area could be reorganised, rather than being assessed as part of two separate processes. The closing date for alternative applications for this process is 24 June.

Once the affected area submissions process has closed, the Commission looks forward to launching a public consultation process to engage with as many different people and views as possible over the future of Auckland local governance.  In addition, the proposed public consultation process will give the North Rodney and the Waiheke communities the opportunity to participate in discussing local government arrangements in their specific area, as a part of the wider overall process.

The Commission will consider all of this before deciding on its preferred local government option.

The Northland Councils, through a lot of hard work and collaboration, have already worked together to jointly identify opportunities to improve local government and service delivery in the region.  This joint work-programme resulted in the recently announced Northland Transportation Alliance, a first-of-its-kind roading shared services venture between the four Northland Councils and the New Zealand Transport Agency.  We have been really encouraged by this example of council collaboration that will deliver meaningful change for Northland ratepayers.

This newsletter has been emailed to local authority chief executives, democracy service managers and electoral officers, as well as other organisations and individuals on request. If you would like to change the distribution for your council or organisation please advise us at info@lgc.govt.nz