Brendan was appointed as a temporary member of the Commission in March 2017 and as a full member in June 2018.

He was Vice President of Local Government New Zealand for 3 years and chair of its Rural Provincial Sector for 6 years.

Brendan was first elected as a member of the Horowhenua District Council in 1995 and served as Mayor of Horowhenua from 2004 to 2016.

Currently he is also a member of the Eastern and Central Community Trust. Bonita was appointed as a temporary member of the Commission in June 2021 and as a full member in July 2022.

Bonita has been a member of the Taranaki Coastal Community Board since 2019 and was a councillor at South Taranaki District Council from 2010-2019. 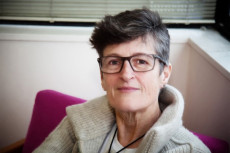 Sue was appointed as a member of the Commission in July 2022.

Sue is also Chief Executive Officer of Crown Research Institute, AgResearch. Prior to taking on that role she had been Chief Executive of the Dunedin City Council for seven years and had held other senior management roles at the Dunedin and Waitakere City Councils. She has also worked in central government in a number of research, policy and operational roles.